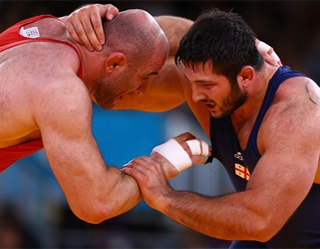 Tashkent, Uzbekistan (UzDaily.com) -- Three-time Olympic Games Champion Artur Taymazov of Uzbekistan, as a young boy, wanted to be like wrestler Alexander Karelin of Russia and realized his dream on Saturday.

Taymazov joins Alexander Medved of the former Soviet Union and Russian great Alexander Karelin as the only male wrestlers to win gold medals in three straight games. Taymazov, by virtue of his silver in Sydney in 2000, also equaled Karelin's Olympic medal haul.

“He's the name (Karelin) in wrestling, and I'm really, really glad that I've equalized with him on the medal total,” Taymazov said. “I wanted to be like (Karelin), and now I am.”

“I was thinking about it all the time. ... I wanted the third gold as well,” Taymazov said. “It was my dream. I didn't think about anything else.”