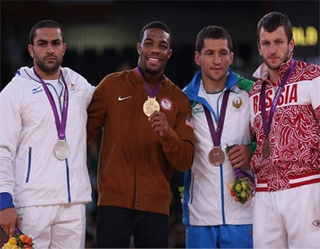 In the bronze medal bout, Soslan Tigiev defeated Gabor Hatos of Hungary with the score 3-0 to claim the medal of the London Games.