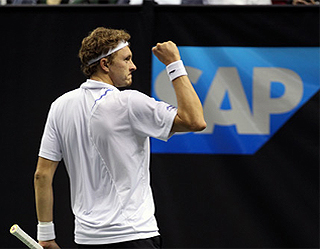 Tashkent, Uzbekistan (UzDaily.com) -- Uzbekistan number one Denis Istomin found out his opponent in the first round of tennis tournament of the London Olympic Games.

The draw ceremony of the men’s single tournament was held in London on Thursday, 26 July 2012.

The matches of tennis tournament will be held at grass courts of Wimbledon.